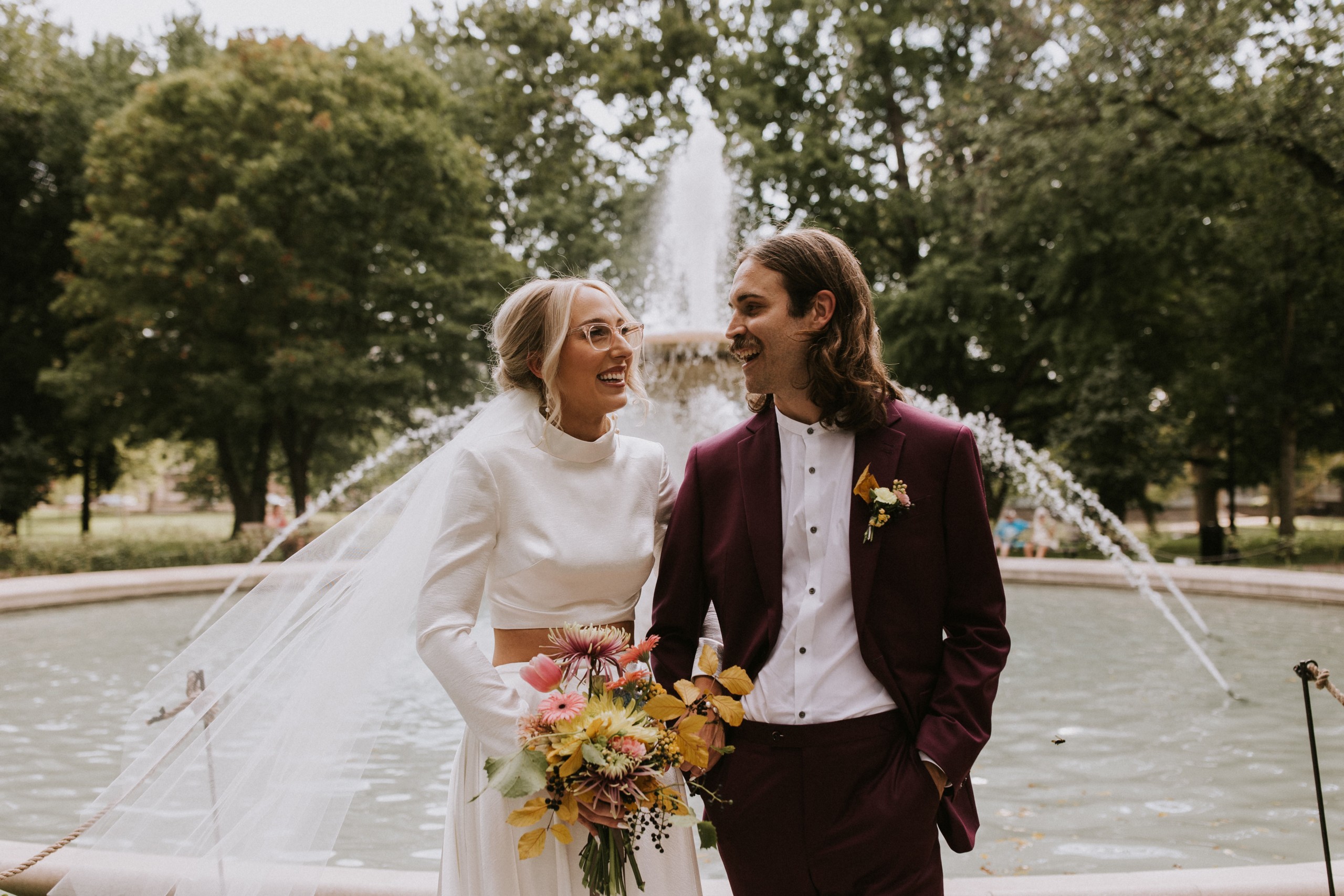 PHOTOS BY ALL HEART

When Liz Beresford first laid eyes on her future husband, Kevin Welty, it wasn’t at a candlelit restaurant or a cozy café — it was on Facebook. Kevin, who was living in Pittsburgh, had posted a photo of himself on a San Diego pier that Liz, who was living in California, had been to in the past.

The two became friends over Facebook, but they still hadn’t spoken yet. 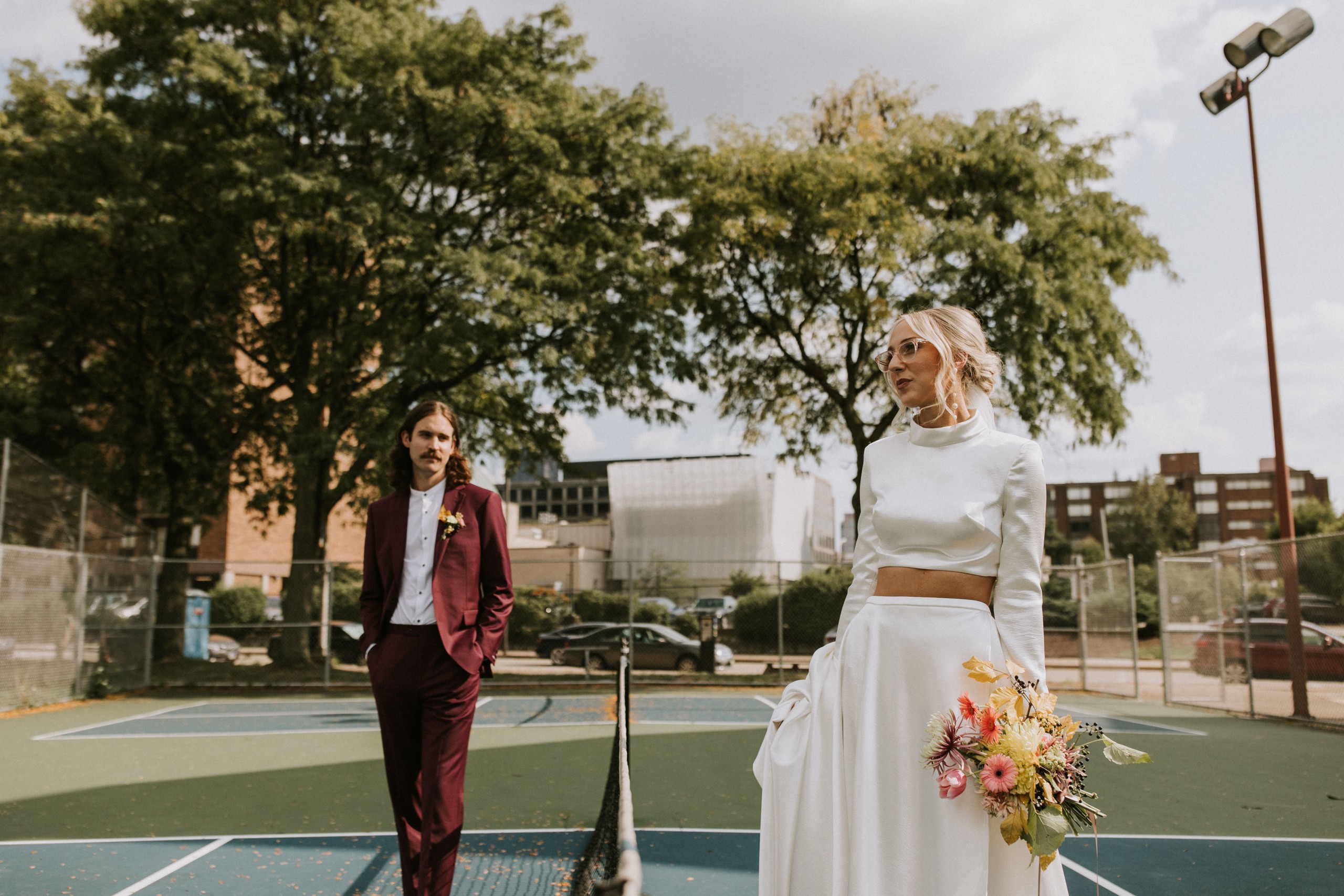 It wasn’t until a mutual friend was going to visit Liz in California that the two struck up a relationship. When Kevin found out his friend would be seeing Liz, he asked her to deliver a simple message: “hi.” Three thousand miles away, Liz got the message and the three of them started texting in a group chat, which led to phone calls.

“I would call him on my lunch break at work and then when I was just getting home from work, like at six or seven o’clock, he was just going to bed,” Liz says. “So, we had long phone conversations and got to know each other. We had never met in person.” 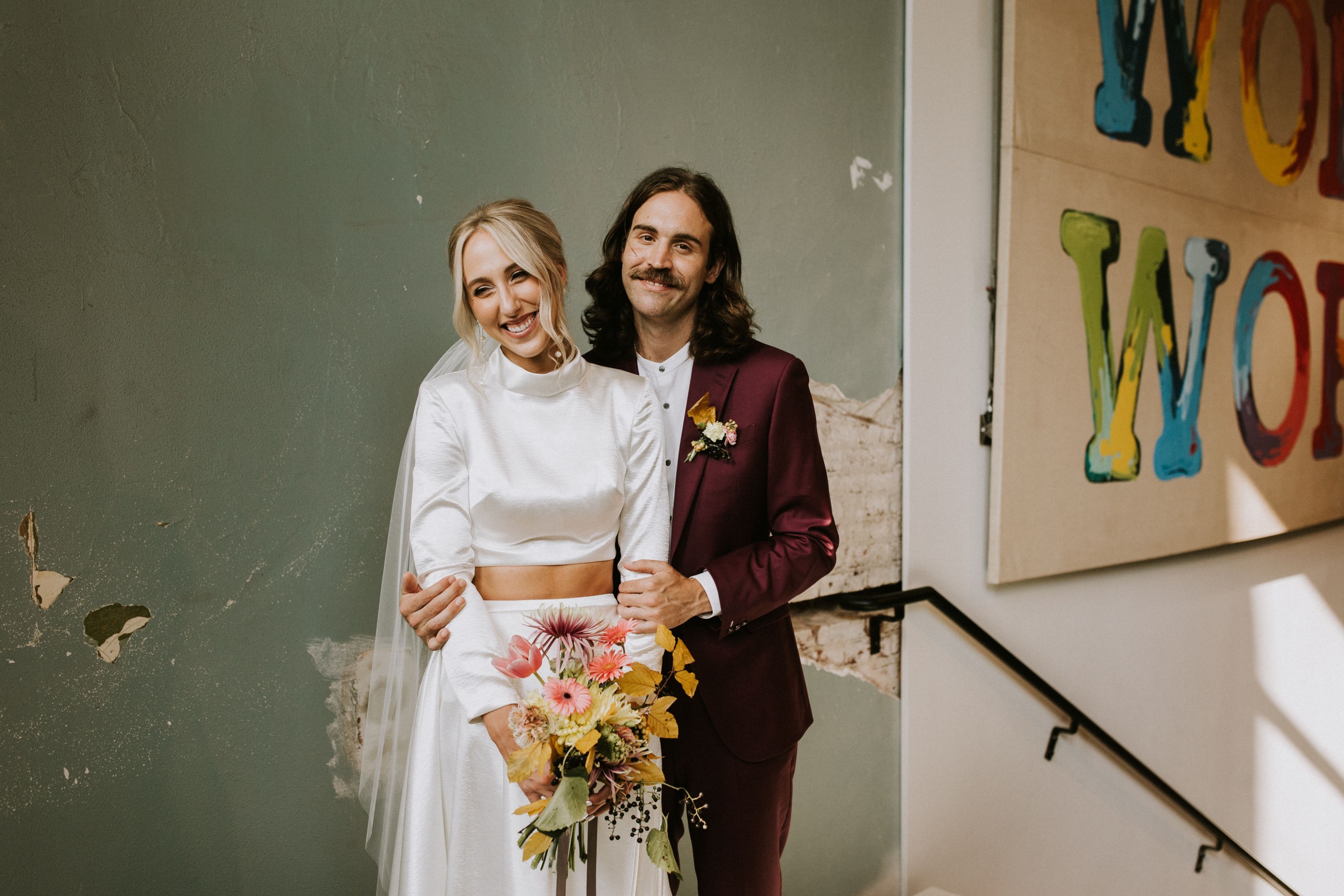 A Pittsburgh native, Liz booked a flight home to see her family and friends and went on her first date with Kevin. The day she arrived in Pittsburgh was the same night that Kevin, a lacrosse coach, had a banquet with his players. Still determined to see each other, they went to the banquet together.

“It was kind of funny because no one there knew that it was our first time physically being together. But it wasn’t that weird for us because we had known each other [from] talking,” Liz says.

After the date, their mutual friend told Kevin that Liz had enjoyed herself and he should visit her in California. That same day, he bought a ticket for a weeklong vacation. Their relationship continued long distance when Liz moved to New York City. 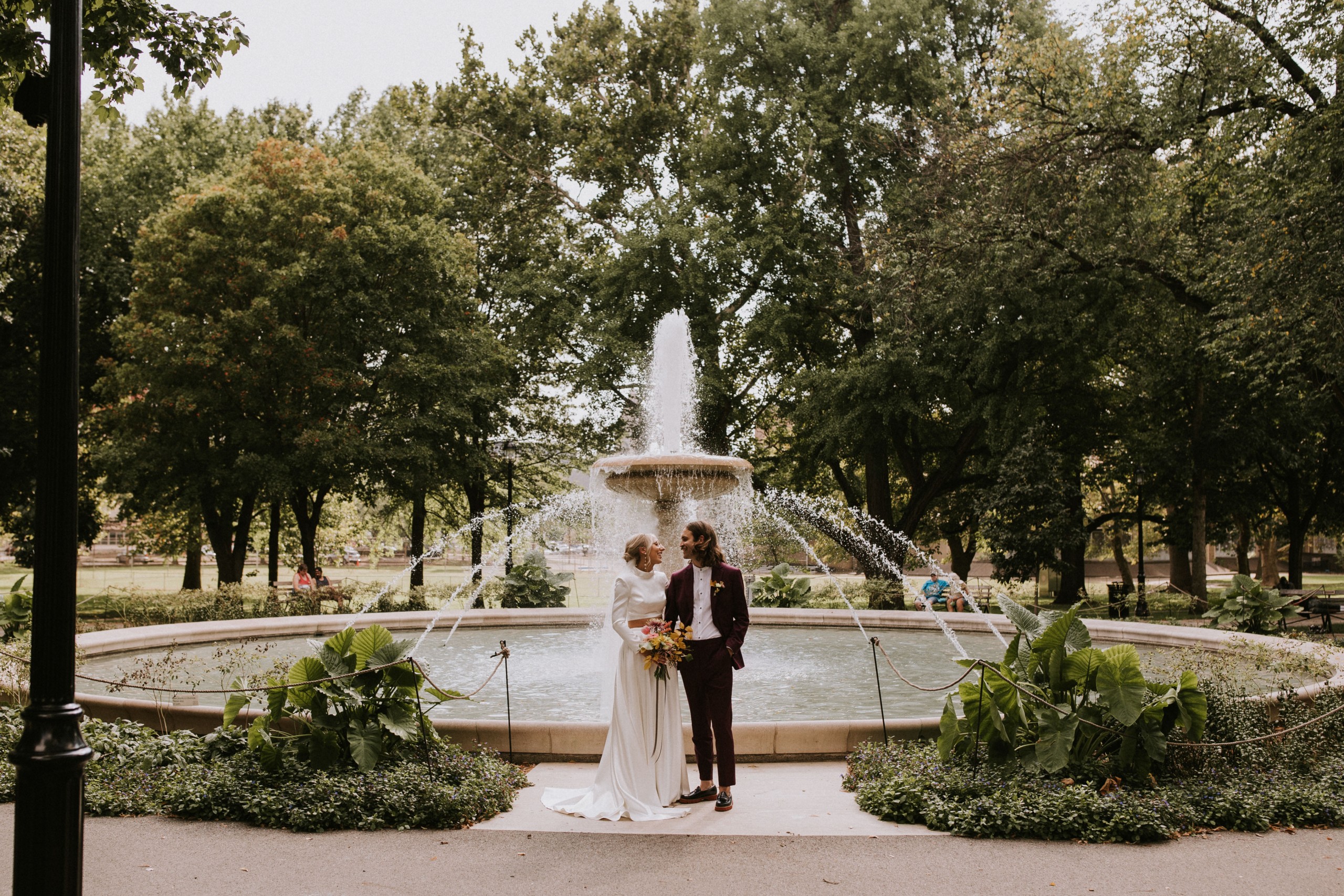 At some point, Liz decided to find an employer in Pittsburgh so she and Kevin could begin a new chapter in the same city, with no more time differences or miles between them.

After living together for some time, Kevin recruited Liz’s mother to plan the perfect proposal: a photographed moment at Point State Park.

While walking to the park, Liz noticed how nervous he was and asked if he was going to propose, he denied it. Moments later, Liz said yes to his proposal. 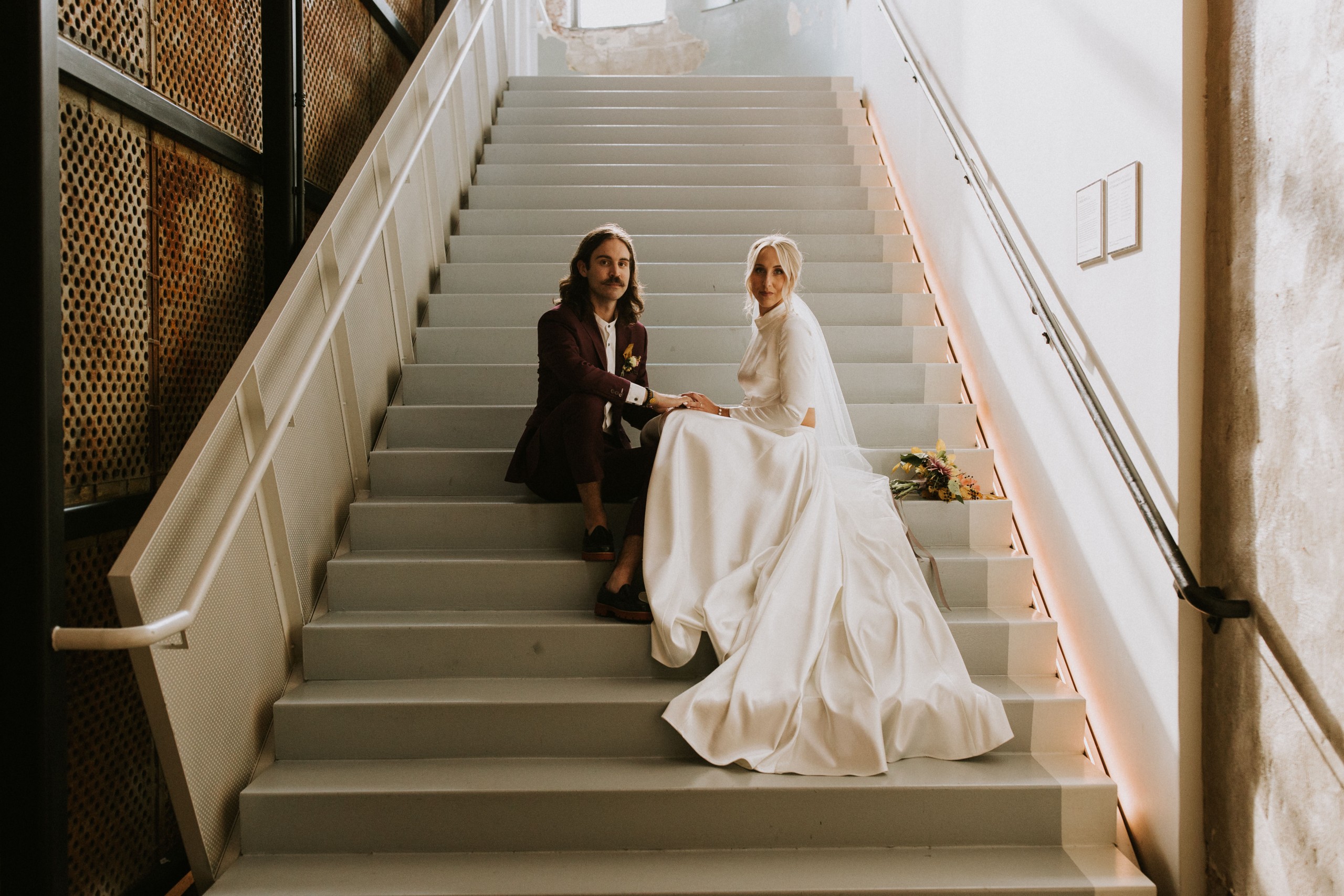 They had a wedding which their friends described as “high school prom but Gucci” on Sept. 28, 2021, at Nova Place in North Shore. 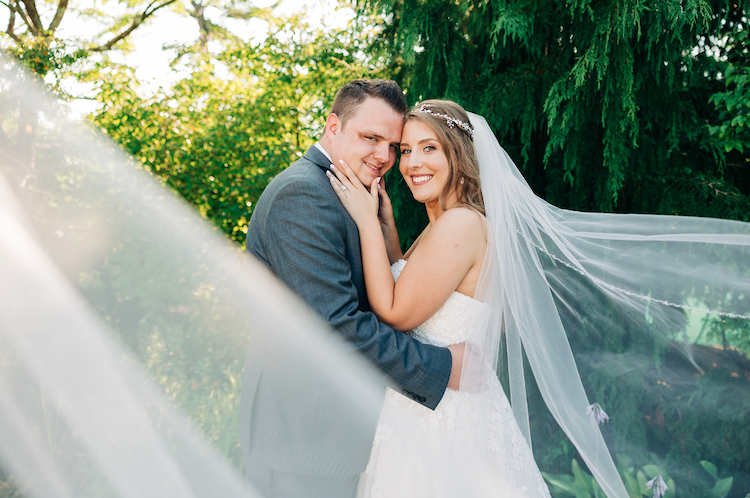 Brooke Webster and Alex Stoyanoff also began their love story online. Alex had three truths and a lie on his Bumble profile with a uniquely Pittsburgh twist, and Brooke was the first person to correctly deduce the truths: he was paid to go to Penguins games, he was on the radio, and he once texted Mike Lange, “Have a good day in class, babe.” The lie was that he was punched in the face by professional skateboarder Bam Margera.

The couple went on their first date two weeks later. The waiter had to stop by at least three times before they even opened their menus.

“We just had so much to say to each other that we didn’t even have a chance to look at our menus. So, it was really, really cool just to hit it off with someone and have so much to say,” Brooke says. 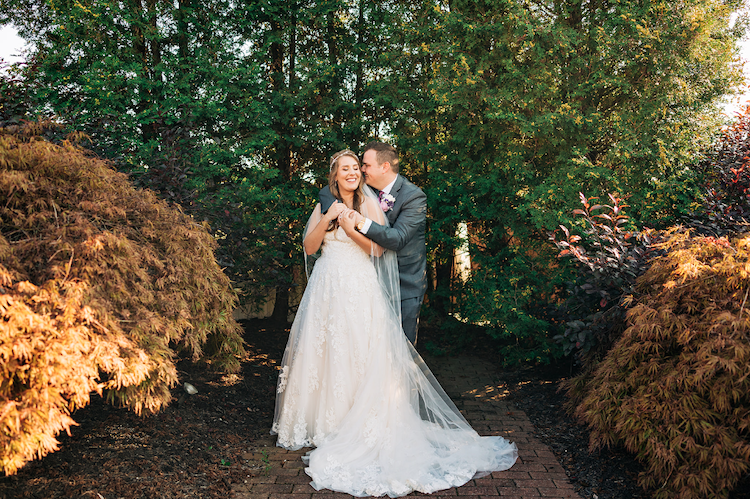 Forty-five minutes into the date, Brooke knew Alex would be her husband. She had casually mentioned owning a Maine Coon and he asked if it was an orange Maine Coon, the same color he used to have. They bonded over the coincidence, and Brooke’s cat Amber took to Alex immediately.

The two got engaged on Christmas during their annual visit to Phipps Conservatory and Botanical Gardens. Alex proposed at the koi pond, the couple’s favorite spot. 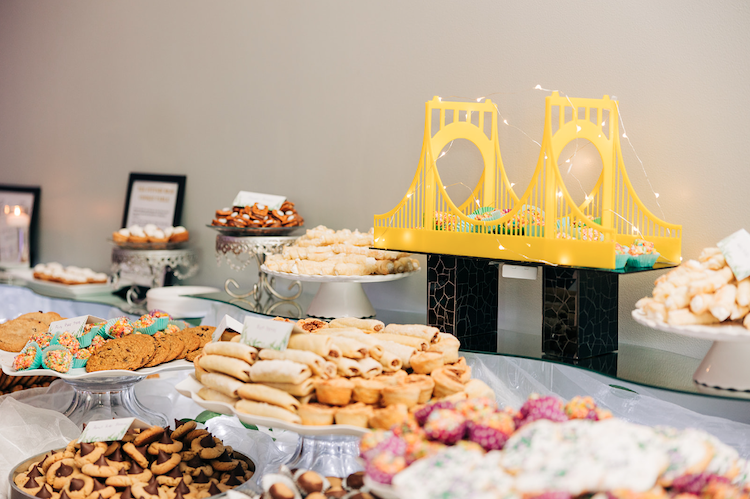 They married Aug. 21, 2021, at The Atrium, an outdoor venue in Prospect, to reflect their love of nature. They incorporated personal touches such as a custom bar menu with a signature drink from each of them and one from Amber.

“It’s not impossible to meet people in person anymore. I just think most people are too afraid to talk to anyone in person because of how easy it is to start doing it over the phone. I really think being able to make conversation once you meet in person is kind of like a lost art,” Alex says. 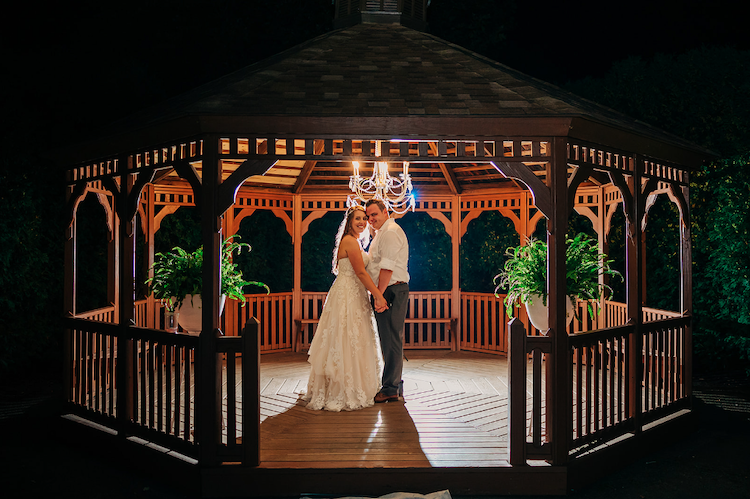 “I think that was what was so special about when we met … We were just like old friends catching up,” Brooke adds.

A Fitting End for the Pittsburgh Pirates and...

8 DOING good: Sweaters and too many toys - Pittsburgh...