The New York Jets pulled off a notable comeback for the second time this season on Sunday with a late-game touchdown to pull past the Pittsburgh Steelers, but two-time Pro Bowl safety Minkah Fitzpatrick wasn’t impressed.

In his season debut and with the Jets trailing by three points with just minutes left in the game, quarterback Zach Wilson took a risk and went for the touchdown. Ten plays and 65 yards later, he connected with running back Breece Hall for the game-winning score with just 16 seconds left on the clock. 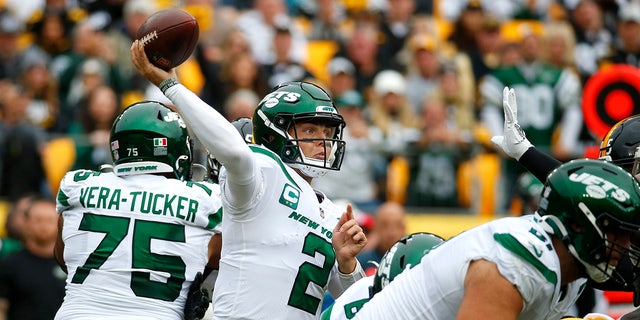 Zach Wilson of the New York Jets throws a pass in the second quarter against the Pittsburgh Steelers at Acrisure Stadium in Pittsburgh, Pennsylvania, on Sunday. (Justin K. Aller/Getty Images)

Seemingly bitter about the loss, Fitzpatrick ripped into the Jets' performance after the game, claiming the better team walked away with the loss.

"It’s very frustrating," Fitzpatrick said, via NJ.com. "It’s frustrating losing to people that you know that you’re better than, more talented than. Especially when you have the team that we have. We’re a great team with a lot of talent. A lot of great young players. I think we are way better than what we’ve been putting on display." 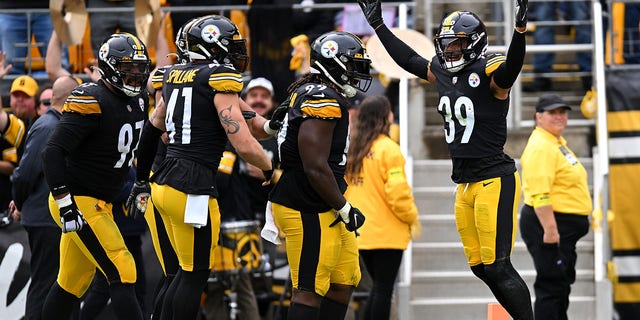 Minkah Fitzpatrick, right, of the Pittsburgh Steelers celebrates with teammates after making an interception in the third quarter against the New York Jets at Acrisure Stadium in Pittsburgh, Pennsylvania, on Sunday. (Joe Sargent/Getty Images)

The Jets took a 10-0 lead to start the second quarter, prompting Steelers head coach Mike Tomlin to put in rookie quarterback Kenny Pickett in place of a struggling Mitch Trubisky. Pittsburgh held a 10-point lead through the fourth quarter before touchdowns by Corey Davis and Hall sealed the Steelers’ fate.

"Well, they made the necessary plays," Fitzpatrick continued. "They won the third downs. We didn’t win them. They’re getting the ball to the guys they wanted to get it to. We didn’t stop them. When they get the ball to where they want to get it to, it’s tough to win."

The Jets were 6-for-15 on third downs and totaled 348 offensive yards. Wilson, in his first action of the season since sustaining a non-contact knee injury during the Jets’ preseason opener, finished 18-for-36 for 252 yards and one touchdown. 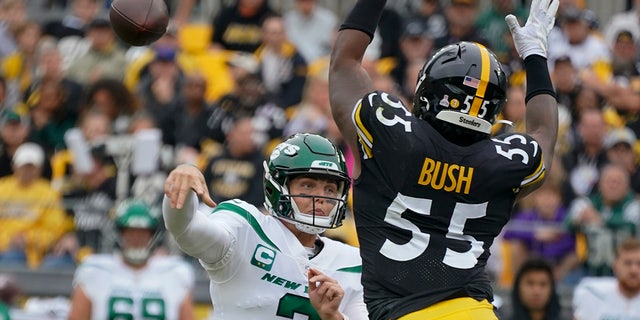 "It felt like that was the first time as an offense we didn't feel stagnant, we didn't feel timid," Wilson said. "Everyone was playing fast. Everyone was right on cue with what the calls were. It's so much fun playing like this."

The Associated Press contributed to this report.

8 DOING good: Sweaters and too many toys - Pittsburgh...