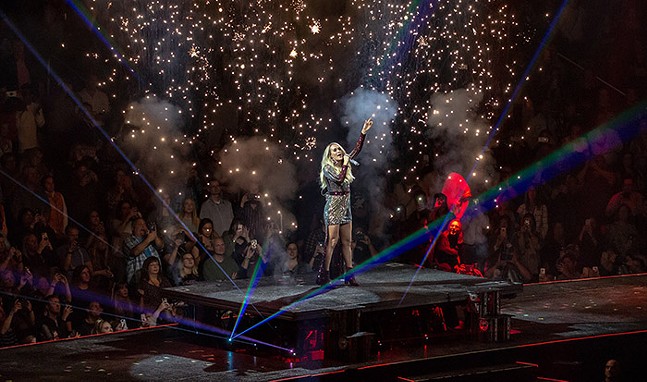 Grammy-winning country artist Carrie Underwood, who first rose to fame in 2005 after winning American Idol, brought her Cry Pretty Tour 360 to Pittsburgh last night, with a stage in the middle of PPG Paints Arena allowing the artist to entertain fans from all angles throughout the evening.

Fans included students from five local school districts who were presented with tickets and a $100,000 donation from Underwood earlier in the day, according to local news station WPXI. The musician, in partnership with CALIA by Carrie Underwood and Dick's Sporting Goods Foundation's Sports Matter, gifted athletes from Armstrong, Burrell, Fort Cherry, Riverside, and Slippery Rock with $20,000 to each district's sports programs.


After the show, Underwood tweeted appreciation to her Pittsburgh fans.

4 Dozens Of Protesters Gather For George Floyd Protest In...

7 ‘I Will Listen And Educate Myself On How I Can Help And...

10 West Virginia National Guardsman To Be Punished For...