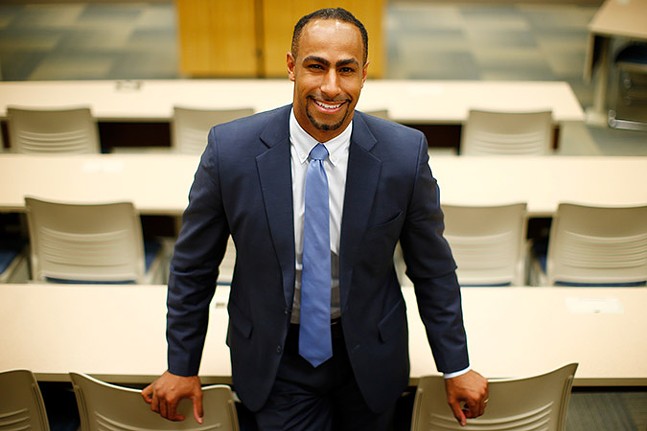 Last week, Rep. Mike Doyle (D-Forest Hills) announced his support for the CLEAN Future Act, a plan to take action against the climate crisis. Along with his colleagues in the House Energy and Commerce Committee, Doyle helped create the bill that appears as a more moderate alternative to the Green New Deal, a sweeping proposal to move the U.S. off of reliance on fossil fuels by providing jobs building wind and solar energy plants, as well as upgrading the country's infrastructure and electrical grid.


“The Pittsburgh region, we've been hit hard with the ill effects of the fossil-fuel industry. This has been going on for decades,” says Dickinson. “This piece of legislation that Mr. Doyle proposes is too low-key, it's not aggressive enough. Instead, we must act now to implement the Green New Deal.”

While the two plans have similar purposes, the major difference is their level of urgency: the Green New Deal sets its clean and renewable energy goals for 2030, while the CLEAN Act sets its goals for 2050. The 10-year timeline of the Green New Deal is based on a 2019 scientific report from the U.N. warning that there are only 11 years left to take drastic action against climate change before there is irreversible damage.


Dickinson points out that it's not in the interest of fossil-fuel companies to act quickly on climate change, since that would likely decrease their profits. He also says that Doyle, along with some of his congressional colleagues, have received “hundreds of thousands of dollars from the fossil fuel industry,” which may push them to support a slower timeline.


According to the Center for Responsive Politics, Doyle has received $7,000 from oil and gas industries during the 2020 campaign cycle, and around $215,000 from oil and gas over the course of his 27 year career (an average of about $15,300 a cycle). Doyle’s biggest donors are generally from electric utilities, industrial unions, and telecom services. Dickinson’s records show that his donations are almost exclusively from individuals, including many lawyers.


“If you're not going to be big and bold on this climate crisis, then you're essentially telling constituents that your interests are more so in the hands of those who have given you all that money,” says Dickinson.

Among the critiques of the Green New Deal, which was first introduced last February by Sen. Ed Markey (D-Mass.) and Rep. Alexandria Ocasio-Cortez (D-N.Y.), is that it is too extreme. Mayor Bill Peduto criticized the Green New Deal in a tweet last week, calling it “good for Brooklyn, Boulder, Burbank & Burlington,” but that “it does not put people first. It leaves them out of the economic equation in transition to renewables.”


Dickinson says these kinds of comments are “disparaging” and do a disservice to the Green New Deal. “That's what's so interesting about it, is that as a candidate for Congress in this post-industrial, Rust Belt, progressive liberal enclave, we should be on the front lines of this climate crisis and supporting the Green New Deal,” he says. “In fact, if the congressman from this district supports the Green New Deal, this is middle of America, in many ways people will listen to us.”


Contrary to criticism from Peduto and others, the Green New Deal does promise to create jobs in the energy industry, and specifically mentions ways to assist fossil-fuel workers with the transition to a new job.


“As a candidate for Congress I'm knocking on the door and the people in this district are saying 'what are you going to do about the environment? I'm concerned about the future,’” says Dickinson. “I know this because I'm the candidate in this race that's actually knocking on doors and getting into the communities.”

‘We Are A Safe Space’: Center In Beaver County...

4 A handy guide to all the Pittsburgh restaurants opening,...