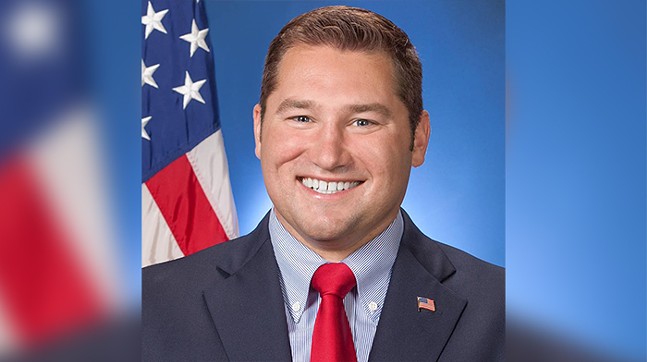 Back in early June, U.S. Rep. Guy Reschenthaler (R-Peters) criticized Pennsylvania’s coronavirus shutdown efforts, saying they went too far because he believed U.S. was not going to experience as sharp an outbreak as countries like Italy and Spain.

“[Americans] should never be fooled again by the people that told us how to handle this pandemic,” he told WESA. “We knew right away that we weren’t going to have a situation like they had in Italy and Spain and elsewhere, because we knew that the American entrepreneurial spirit came through.”


Fast forward about two months, and the U.S. has the worst coronavirus outbreak in the world, and the recent COIVD-19 spike even caught up to a Congressman from Texas. And because Reschenthaler said that he “came into close contact” with U.S. Rep. Louie Gohmert (R-Texas), who tested positive for COVID-19 on July 29, Reschenthaler is now taking extra precautions.

Reschenthaler, who represents Washington, Greene, Fayette, and parts of Westmoreland counties, is self-quarantining in his home for the next 14 days after coming into contact with Gohmert. He shared a desk with Gohmert, talked to him, and walked with him during the workday. He is now self-quarantining on the advice of the House of Representatives attending physician.

Reschenthaler said he will not be seeking a coronavirus test because it would take too long to get test results back — “a few days to get the test, and [then] several days to get the results of the test.”

Reschenthaler is a longtime critic of COVID-19 response efforts spearheaded by Democrats. Yesterday, he tweeted criticism of Democratic efforts to increase and uphold stimulus and unemployment benefits, saying that Democrats “are holding the American people hostage by refusing to get a deal done on another economic relief package.” He supports sending out a second $1,200 stimulus check but is against extending the $600-a-week unemployment benefits expiring today, saying in an interview with KDKA that they “incentivize [individuals] not to go back to work, which makes it harder for businesses to reopen and to jump-start the economy.”

Democrats are holding the American people hostage by refusing to get a deal done on another economic relief package.

While Republicans are focused on public health and the economy, Democrats are using the pandemic to force socialism on America. pic.twitter.com/WbxTAx1RSt

He has repeatedly blamed Democrats for “using American people as pawns to push their liberal agenda in an attempt to capitalize on this pandemic,” claiming that many Democrats are “attacking hardworking Americans” with “socialist” policy proposals. On July 15, he shared an article criticizing Anthony Fauci’s response to the pandemic, saying that he “shouldn’t be all-powerful.” He has also lambasted the World Health Organization (WHO), which Trump formally began the process of withdrawing from earlier in July, calling the organization a propaganda outlet for China and saying that the “WHO only reports what China tells them to report.”

Dr. Amesh Adalja, an infectious-disease expert affiliated with the Johns Hopkins University Center for Health Security, has said that any responses that governors that were “too heavy-handed” were mostly driven by incomplete data being from the federal government, especially in the beginning of the pandemic. Trump downplayed the coronavirus pandemic for about three months after the U.S. saw its first confirmed case in January.


Earlier this month, Reschenthaler professed support for an in-person return to schools in the fall, saying that “getting our students safely back to school this fall is absolutely essential for their development and wellbeing." He has said that mail-in voting that decreases physical presence at polling sites a “threat to free and fair elections.” Not only is the Republican National Committee sending GOP voters in Pennsylvania mail-in voting applications, studies have shown that states that have implemented all vote-by-mail elections have not experienced increases in voter fraud.

As of now, Reschenthaler has said he is not showing any symptoms of COVID-19, and will be working from home.